Prague: From Castle to Cafe

We were up early the next morning and joined our guide for a trip outside of the City to Konopiste Castle, a mammoth hunting lodge built by the Hapsburgs.  It is difficult to overstate the power and influence of the House of Habsburg and I never fully appreciated the extent of their empire until our visit to Prague and, later, Vienna.  The family's reign was essentially unbroken for over six hundred years, finally ending with the collapse of Austria-Hungary at the end of WWI.  A visit to Konopiste Castle, still stocked with the personal furnishings and effects of the Hapsburgs, gives one a glimpse into the lifestyle of a royal family that makes today's rich and famous seem like paupers. 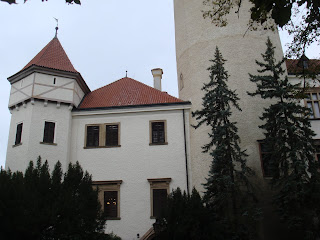 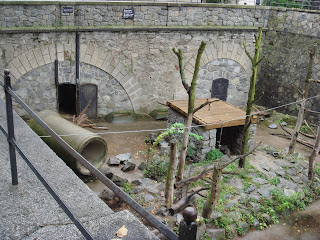 Bear pit in the garden. 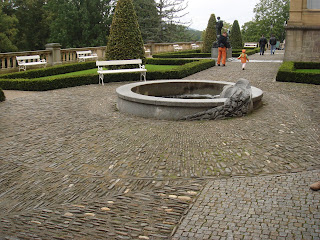 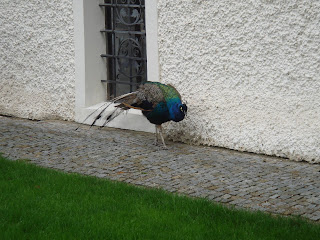 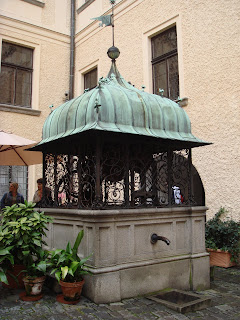 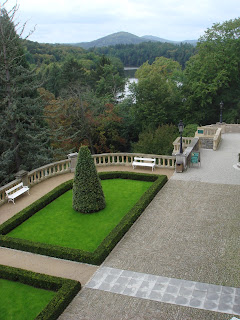 View from a upper balcony 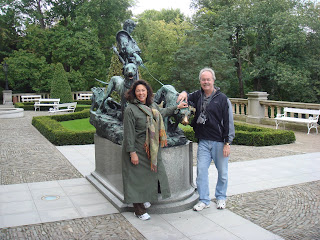 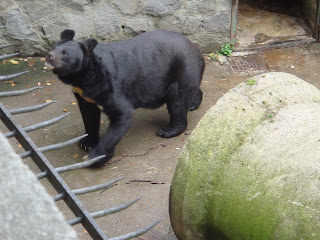 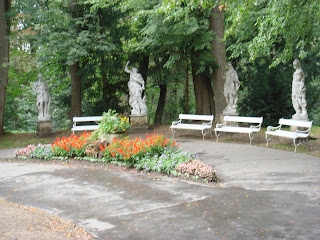 Photography is not, unfortunately, allowed within the Castle and I can only hope to create some sense of what we saw.  One ornate and richly decorated room led to another and the walls were decorated with an incredible collection of artworks and tapestries.  Of course, being a hunting lodge, mounted animal heads were abundant.  In one long corridor alone, which I estimate was two hundred feet long, there was scarcely any space between the mounted heads of stags.  Apparently, Emperor Francis Joseph was a huge fan of the hunt and is reputed to have killed thousands of animals during his life.  Of course, a hunt for the Emperor meant that they'd set up a throne for him in the forest and servants would spend the day driving game to the Emperor and his party.  He even had a private shooting gallery built which featured an elaborate system of cranes and pulleys to manipulate various targets into place.

We left the countryside and toured back to Prague for a visit to a few art deco style cafes, a Prague institution.  Fortified by caffeine, we then strolled through tree-lined Wenceslas Square, which slopes up a street full of shops until it reaches a statute of King Wenceslas on horseback.  Behind the King, and providing a beautiful backdrop for the Square, is the columned National Museum. 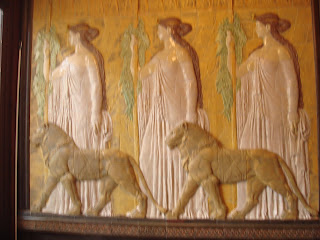 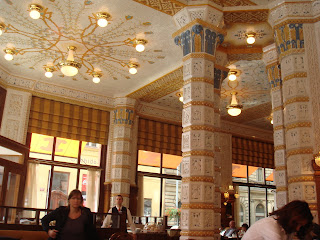 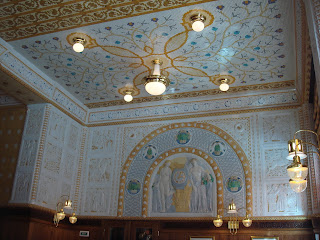 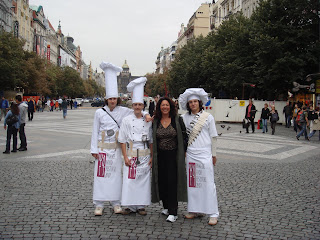 In front of Wenceslas Square.  These guys were part of the Prague Food Festival.


Perhaps the most stunning of all the sights in Prague, however, was the breathtaking Loreto, a place of pilgrimage with a baroque bell tower that has been chiming on the hour since 1695.  The Loreto Church is simply beautiful, with polished wooden pews, frescoed ceilings, and walls of marble hues that I did not know existed. 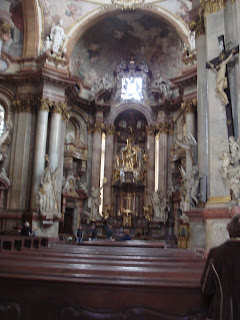 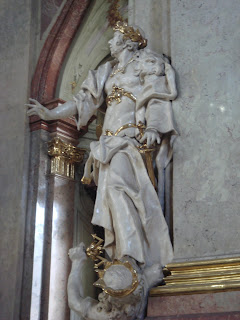 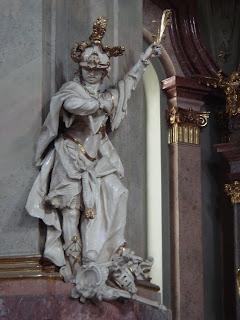 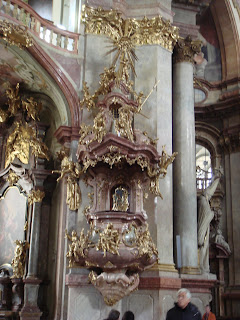 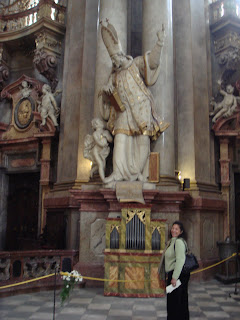 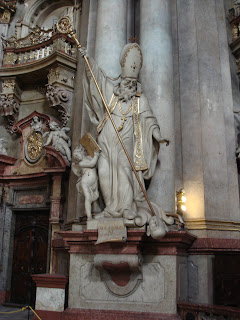 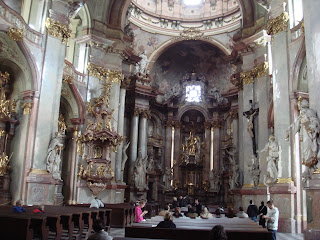 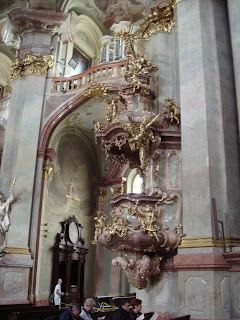 Prague is chock-full of churches and a nice feature is that many host chamber music concerts for a small donation, both during the day and in the evening.  The result is that strains of classical music drift through the air almost everywhere and lend a magical quality to the experience. 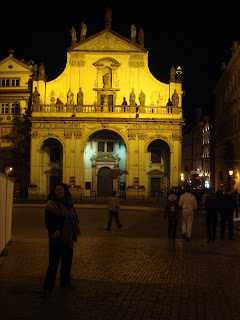 We dined at Kampa Park restaurant, built right on the River Vltava, and the food and view were both spectacular.  We had arranged for a dinner table and, midway through the evening, were treated to a fireworks display over the River.  The food matched the display, and we enjoyed king crab on brioche, salmon caviar, and a main course of veal tenderloin with a morel cream sauce.  We strolled the cobblestone streets after dinner, the evening balmy and the lights bathing Prague Castle in an enchanting glow.  Linda relented and agreed that I could indulge in another absinthe before packing our bags.  I believe, in fact, that I had more than one, to soften the blow of departing such an engaging City--one that definitely warrants a return visit. 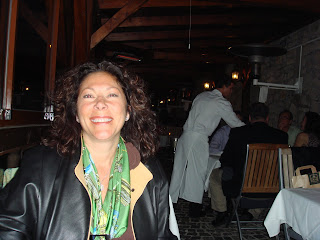 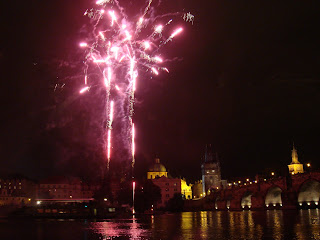 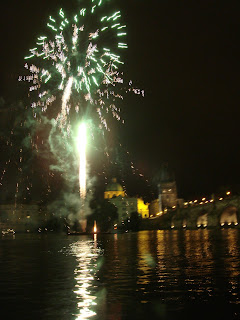 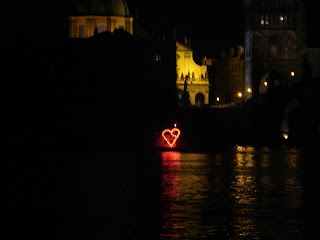