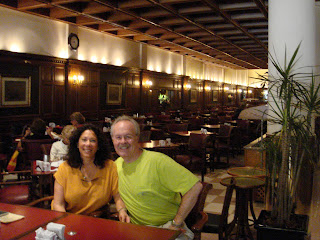 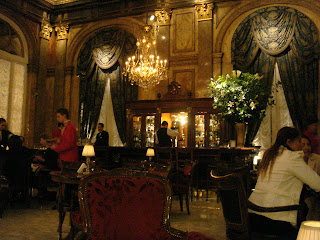 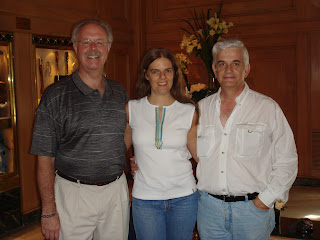 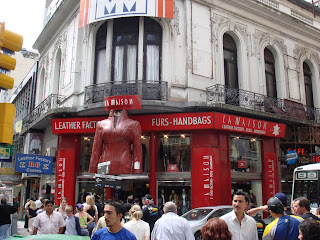 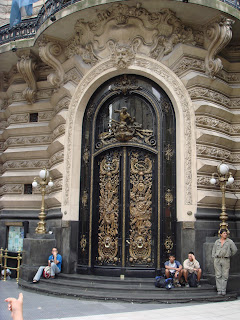 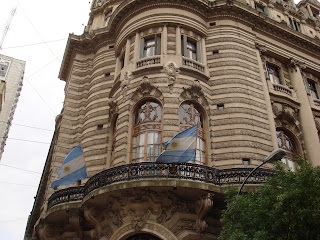 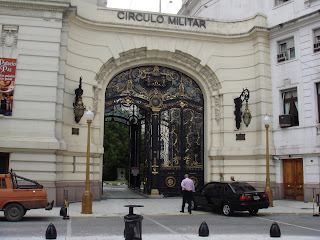 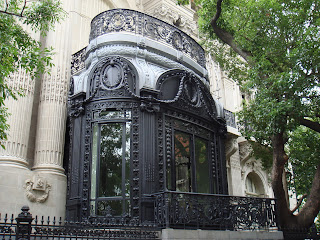 Almost a third of the Argentine population live in or around Buenos Aires, a truly fascinating metropolis.  We stayed at the Alvear Palace Hotel in the upscale Recoleta neighborhood.   The storied Hotel, always ranked amongst the best in South America, did not disappoint.  The elegant marble-floored lobby and mirrored bar were beautiful, the service was great, and the French restaurant was outstanding.  The Hotel also served as a perfect spot for a special reunion with an old friend, Ernesto, who traveled with his lovely wife, Roseanne, to meet us in Buenos Aires.

I had met Ernesto on my first trip to Argentina and having the opportunity to see him again--more than 25 years later--was a real treat.  Not only did we have the chance to catch up personally, but they showed us all around town and we saw things we would never have seen if we were touring alone.  We dined at Ernesto's favorite steakhouse, along the river in the Puerto Madero neighborhood, toured the city to view some of the architecturally impressive government buildings, and circled the massive Teatro Colon.  Closed for renovation at the time, the Teatro Colon is one of the world's foremost opera houses and evidence of Buenos Aires' European influence is nowhere more striking.

A word about those steaks--the rumors about Argentine beef are true.  I'm told that the tenderness and rich flavor stem from the fact that the cattle are grass-fed, primarily in the vast Pampas.  I can certainly vouch for the taste and understand why Argentines consume an incredible amount of beef each year.  A popular custom, and one I've personally enjoyed, is the asado.  The only way I can describe it is as a barbecue on steroids.  The meal begins around noon with wine and the first course of meat, usually sausages and intestine.  Ribs will follow later, after more wine, then other cuts of beef.  The meal will culminate, late afternoon, in steaks of various cuts and more wine.  All of this is accompanied by salad and, usually, potatoes.  Following the meal, everyone stays and converses for a while.  All in all, not a bad way to spend an afternoon. 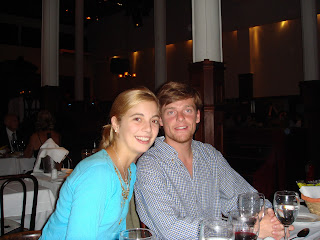 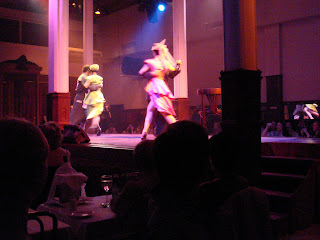 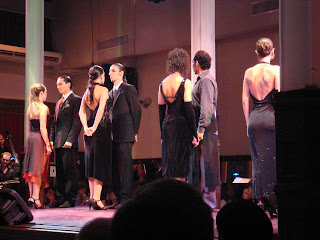 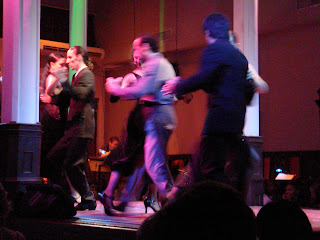 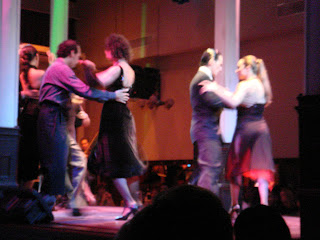 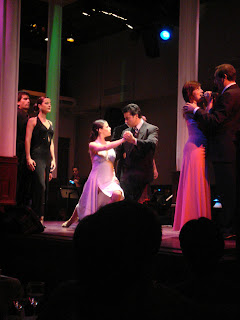 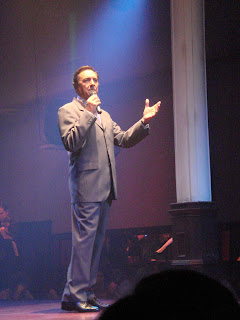 Ernesto's beautiful daughter, Gabriella, and her fiance joined us for dinner a second night and we visited a tango hall where Ernesto's father had taken him years before.  The atmosphere was great: an old wooden building, high ceiling, columns, and dim lighting.  The show was spectacular, a series of exhibitions by skilled dancers in colorful costumes displaying many facets of the tango.  They moved with grace and seemed to glide through the spotlights, embracing the shadows in the corners of the stage, then whirling once more into the light.  Linda and I were so impressed that we vowed to put our Cleveland tango lessons to use and visit a milongra, a traditional tango hall, and dance the tango together in Buenos Aires.  But that, my friends, will be another entry...
Posted by Top Times Travel at 7:48 AM