Concarneau and the Ile de Saint-Cado

When we departed the Kervignac area, we headed south for a brief visit to the walled city of Concarneau. Still an important fishing port, the walled city was erected in the 14th century. Inside its mammoth walls, the streets are lined with shops, restaurants, and tourist attractions. 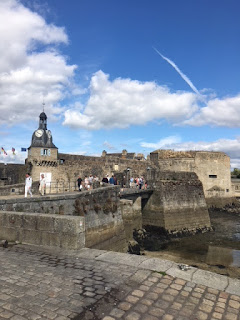 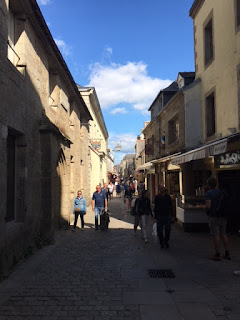 Along the way, we enjoyed a spectacular lunch at the isolated La Taupiniere restaurant: 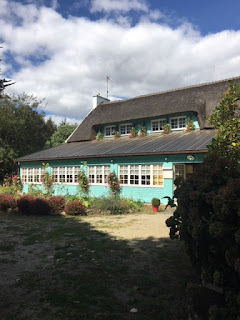 We visited the charming Ile de Saint-Cado, in the Etel River, and linked to the mainland by a narrow stone bridge. 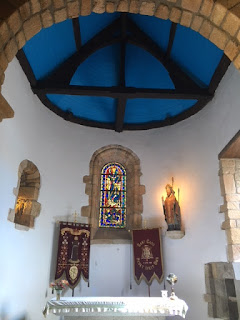 Interior of the 14th Century Chapel on St. Cado. The stained glass is from the 1960's. 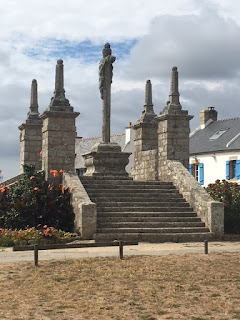 Near the chapel on Saint-Cado, this Calvary was erected in 1822 and is the site of a special ceremony each year on the day of forgiveness. 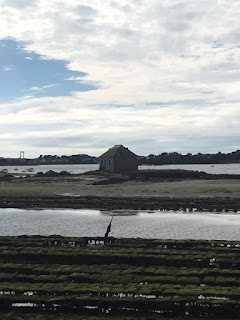 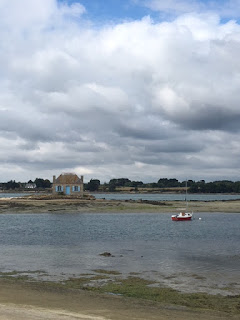 The House of the Oyster was once surrounded by oyster beds and belonged to the keeper of the parks.