Yes, it is touristy. Yes, it is crowded. Yes, there is no choice but to trudge uphill. But go. Go, you must. It is iconic, it is unique, it is breathtaking.

Traveler's tip: Arrive around 4:00 and the tourist bus crowds have begun departing. The abbey atop the mountain is open until 6:00 in June, and later in July and August. There will be plenty of time to climb to the summit and enjoy a relatively uncrowded abbey. If you can, spend the night on the island and, from the ramparts, watch the tide roll in and reclaim the surrounding land. Then walk back down, exit the stout wooden gate, and take in the view of the towering abbey as the sun sets and the lights come on to illuminate the stone walls. Yes, it involves considerable walking, and this magical place is worth every step. 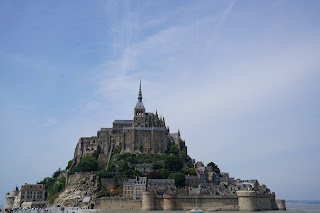 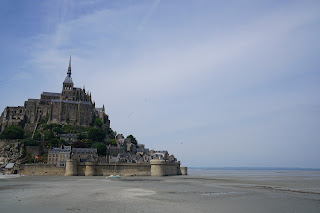 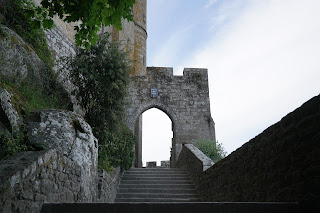 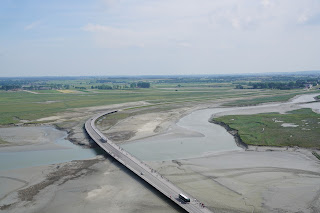 A view from the ramparts of the bridge connecting Mont St. Michel to the mainland 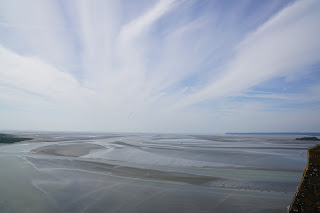 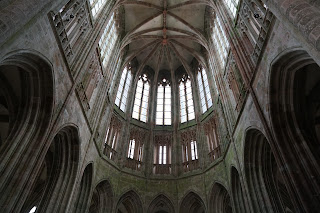 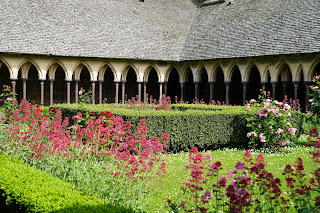 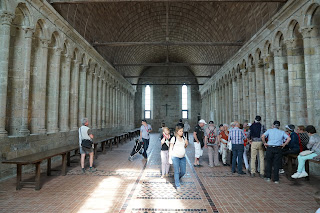 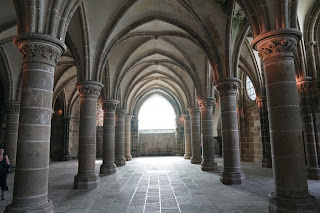 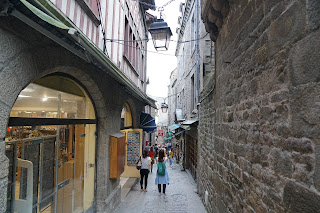 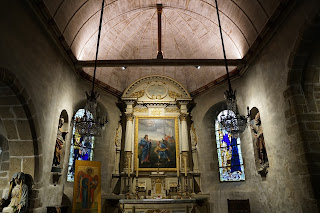 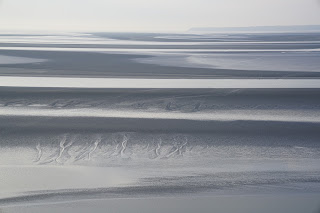 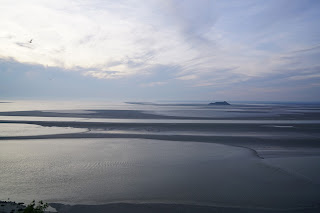 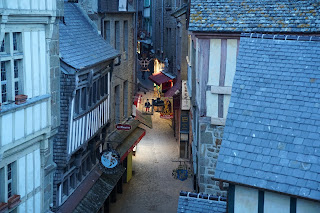 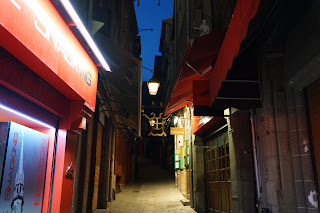 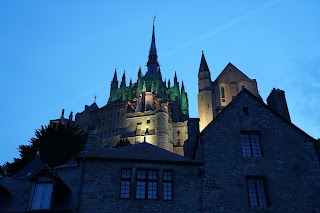 We spent a night at the isolated Chateau de Bouceel, located in a bucolic area several kilometers south of Mont St. Michel. The property has been in the family since the 1400s. 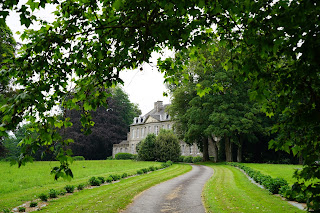 Our host's father was a member of the French Resistance during WWII and, near the end of the war, was arrested by the Nazi's and sent to a concentration camp. Before the train arrived, however, Allied troops bombed the tracks. The Nazis fled, and our host's father returned to his chateau, where he became instrumental in founding the American Cemetery at St. James. Even today, many locals--including our host--have adopted and maintain the gravesites of American soldiers. 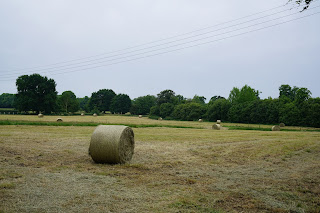 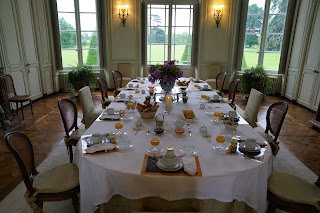 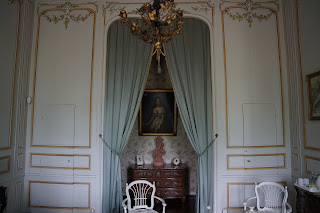 French revolutionaries sacked the chateau and burned its contents on the front lawn. Only this portrait, of the Marquise de Montecot, owner of the chateau at the time, survived. The frame was built into the wall and proved too difficult to remove. Today, it is said that her ghost roams the chateau.
Posted by Top Times Travel at 11:38 AM